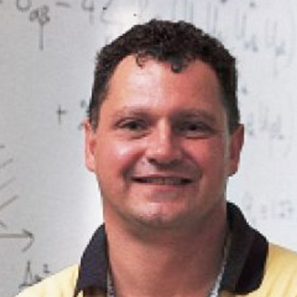 Dr. Stancu collaborates on the Liquid Scintillator Neutrino Detector (LSND) experiment at Los Alamos and the Booster Neutrino Experiment (BooNE) at Fermilab. Both projects are direct searches for neutrino flavor oscillations, which in turn probe indirectly the hypothesis of a non-vanishing neutrino mass. The BooNE experiment, currently under construction, is designed to confirm (or dismiss) the positive LSND signals and to measure the neutrino mixing parameters with high accuracy.

In parallel to his active involvement in these experimental projects, Dr. Stancu is also interested in neutrino oscillations phenomenology.