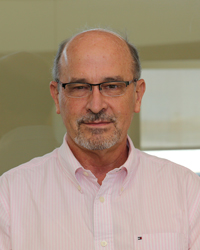 The Dept. of Physics & Astronomy will be hosting Prof. Nicholas Suntzeff from Texas A&M University. He will give a public talk on:

Abstract: Our Universe is both simple to describe yet makes little sense. We can describe the evolution of the Universe from before the Big Bang, to today, and into the future using only six numbers, yet these numbers contain profound mysteries. If you add up all the mass in the stars, planets, and galaxies, you get less than 4% of what we infer from looking at the sky with our telescopes. What is out there? Why is everything missing? Perhaps the biggest mystery is dark energy, an unexplained pressure that has overwhelmed the expansion of our Universe and comprises 70% of all its mass-energy. As one of the astronomers who discovered dark energy in 1998, I will take you on trip through Universe, from its birth until today, and to its likely future and strange death.

Prof. Nicholas Suntzeff is the University Distinguished Professor and the Mitchell/Heep/Munnerlyn Professor of Observational Astronomy at Texas A&M University. He is an observational astronomer working in the fields of cosmology, supernovae, galaxy evolution, large-scale structure, stellar populations, astronomical site surveys, and instrumentation. In 1994 with Dr. Brian Schmidt, he co-founded the High-Z Supernova Team which in 1998 discovered the acceleration and the presence of Dark Energy in the Universe.  He also co-founded the Calan/Tololo Supernova Survey which established Type Ia supernovae as the most precise markers for measuring cosmological distances. Prof. Suntzeff is the winner of the 2015 Breakthrough Prize in Fundamental Physics and the 2007 Gruber Prize in Cosmology.