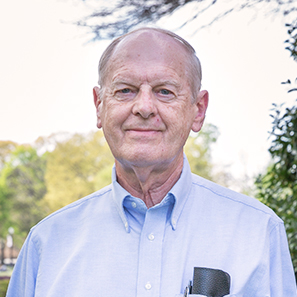 Professor Harms has most recently worked on the quantum description of microscopic black holes and their relation to extended objects such as strings and membranes. The theory of extended objects is currently the best candidate for a unified description of all of the known forces. The theory also predicts the presence of new forces — for example, a scalar component of gravity (the dilaton) — which so far have not been detected by experiment. To test the validity of string theory as a description of physical phenomena, Professor Harms and his colleagues have performed various calculations to predict the effect of a scalar component of gravity on physically measurable quantities. Other recent projects include the calculation of black hole and naked singularity decay rates in large extra dimensions, black hole decay rates in noncommutative spacetimes, and dark energy as a manifestation of the Casimir energy of noncommuting, compact extra dimensions, noncommutative corrections to general relativity, and investigations of the possibility of catastrophic black hole growth at the Large Hadron Collider.

Professor Harms received his doctoral degree from Florida State University in 1969. He joined the faculty of The University of Alabama in 1970.